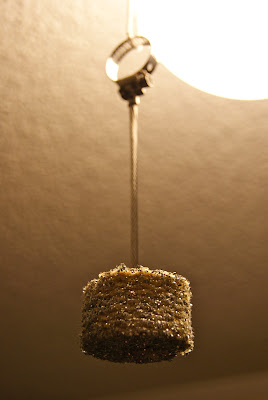 Last year around this time, I'd just finished the final prototype of the quick wick™.  The prior 7 months were driven by the constant turning of wheels in my head, fueled by experimentation, innovation, research & development.  Hose clamp this, TIG weld that, I was like Victor Frankenstein.  ...ready to unleash his creation.


After hoopdrum's new-years eve gig {Raleigh Firstnight}, Julia and I watched the fireworks from the wall-to-wall window in the hotel room atop the Sheraton downtown.  We popped a bottle of champagne and ate all kind of hors d'œuvres.  By midnight, we had found our flow slipping back & forth between the indoor saltwater pool & hot tub.  We never saw anyone else the entire time, so we lounged & swam for hours before returning to our room for some more bubbly.

Having just been cosmically & spontaneously married four months earlier, still blissed out, Julia and I began forging our visions, dreams, hopes, wishes, desires, resolutions and intentions for 2010.  Toasting, I vowed; "This will be the year of the Quick Wick."

Fast forward to the present... I just crunched the 2010 numbers and realized that in addition to ringing-in the new year & new intentions, hoopdrum will be celebrating the successful manifestation of last year's intentions.   Thanks be to God!

Anyway, you can be damn sure that we'll carpe annum in 2011.  This upcoming new-years eve toast will be to the effect of the flowjo will become a magical place.  A music & movement sanctuary if you will.

One last anecdote to sum my intentions...

At a soiree last week, I ran into my [quick wick] welder & his assistant who told me that they use the quick wick as an ideological nick-name for 'that thing'  ...the masterpiece; the thing that just rolls out the door in between jobs or when things are slow.  I was flattered ...I mean, as far as dudes-with-shops go, Leo's got it made.  leogaevmetalworks.com

So, my intentions are to stoke the setting of intentions...